Another Nail in the Islamic Antichrist/al-Mahdi Coffin 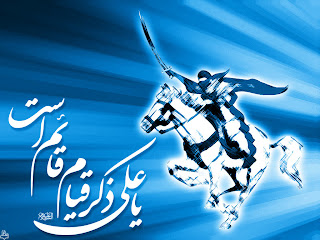 27 February 2010: New Info in Comments Section
21 February 2010: The proponents of the spiritually bankrupt teaching that the Biblical Antichrist will be one and the same person as the Islamic al-Mahdi insist that the first sentence in the two-sentence verse found in Revelation 20:4 provides compelling evidence for this association:

And I saw thrones, and they sat on them, and judgment was committed to them. Then I saw the souls of those who had been beheaded for their witness to Jesus and for the word of God, who had not worshiped the beast or his image, and had not received his mark on their foreheads or on their hands.

Thus is the above offered as one of the principle, no pun intended, "pillars" of the Islamic Antichrist speculation founded upon a single word used a single time in the Word of God Almighty. In the interests of economy, this rebuttal lumps all of the Islamic Antichrist proponents into one basket because they all basically propagate the identical speculation on this subject. Thus with one stone shall this rebuttal strike many birds.
It totally escapes the attention of the Islamic Antichrist proponents that a historical template of early apostate "Christian" origin might be inferred as a precursor in the prophecy of Revelation 20:4; it is a historical fact which reflects a template for both a completely European Antichrist and a completely European False Prophet: Charlemagne and Pope Leo III.
Charlemagne (Karolus Magnus a/k/a Charles the Great, a grandson of the famous Karolus Martellus), is universally acknowledged as the greatest of all the medieval European kings. A warrior king, Charlemagne was the protector of the medieval European Church, and the defender of a United Europe against neighboring pagan barbarians of various ethnicities as well as invading Islamic armies. He was crowned "Imperator Augustus" as the Holy Roman Emperor by Pope Leo III on December 25, 800 AD, and became the first unifying crown in Europe since the breakup of the Roman Empire. It was the right of the Pope to preside over the coronation of European kings, and the duty of those kings to protect and defend the Roman Catholic Church. Charlemagne was so highly esteemed through his unifying of Europe and its successful defense against barbarians and invading Islamic armies that he was given the appellation "Father of Europe."
All non-Christian rebellious subjects, all pagan enemies and all captured Islamic soldiers were offered a chance to spare their own lives by conversion and baptism into Christianity. Those who rejected the offer were summarily beheaded. Some historical accounts say Charlemagne oversaw the opportunity afforded pagan Saxons to convert by being baptised as Christians. A total of 4,500 refused and all lost their heads on that single day.
Clearly, in the post-Harpazo (Rapture) world, a template is existent within the European apostate Christian historical record for the beheading of any person who in the future who refuses to acknowledge the Antichrist, worship him or his image or accept his mark in their hand or forehead by steadfastly witnessing commitment to the Lord Jesus Christ and the Word of God. To speculate that such decapitations are a uniquely Islamic trait are completely unfounded and take on the appearance of garden variety newspaper exegesis.
Posted by Sean Osborne at 9:15 AM 13 comments:

Babylon and the End of the Age 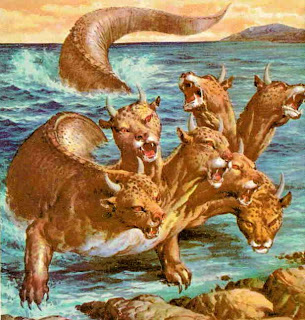 6 February 2009: Is the Babylon of the Old Testament the same Babylon New Testament Scripture refers to at the ‘End of the Age”? The purpose of this article is to point out why I do not believe the two are to be confused. The original, physical political entity known as Babylon was the original ‘World Empire’ from the Biblical perspective and other is ‘symbolic’ of the global system of government during Daniel’s 70th Week.
Yes, I hold to the interpretation that there will be no resurrection of a physical or historical Babylonian Empire. The Scriptural evidence for this interpretation is the God-given vision of Daniel regarding the statue which began with Nebuchadnezzar and Daniel’s vision of the distant future and the time of the end. That Babylon is gone forever into history and is the fulfilled prophecy of Isaiah 13:20-21.
The God-given sequence of empires thereafter is very specific with each subsequent Middle Eastern empire built upon the ruins of the Babylonian Empire: the Persian Empire, the Hellenic Empire of Alexander and its prophesied division into four rump empires, of which the Seleucid Empire and its Antichrist precursor (Antiochus IV Epiphanes) was most important, and finally the Roman Empire.
The physical destruction of Babylon, as prophesied also by Jeremiah 50 and 51, occurred over many years and was not complete until Seleucia, the new capital of the Seleucid Empire founded by Seleucus I Nicator circa 305 BC was literally built brick by brick from the ruins of Nebuchadnezzar’s Babylon. Any Bible prophecy student can look at a detailed map of modern day Iraq and determine that the ruins of Nebuchadnezzar’s Babylon lies just east of the Euphrates River near the city of Al-Hillah and Seleucia was built in the desert 20 miles south of modern day Baghdad and 70 miles to the northeast of the original Babylon along the banks of the Tigris River. Aside from the geographic differences, Babylon was an ancient Middle Eastern culture while Seleucia was very much a Western Hellenistic culture.
In addition to this we also have Isaiah 13 serving as a central prophetic theme regarding a symbolic “Babylon” and the end times “pains of a woman in childbirth” concurrent with the overwhelming fear that overtakes every man’s heart, and the darkening of the stars in their constellations, the sun and the moon which was repeated by Jesus Christ during his Olivet Discourse found in Matthew 24. Isaiah’s Babylon in this prophecy is a symbolic Babylon representing the utterly corrupt world government system of the Antichrist within Daniel’s 70th Week.
In this day and age it is very interesting to note that Israel, in the form of its military and intelligence services has returned to northern Iraq, in the region known today as Kurdistan and in ancient times as Assyria. The Israeli’s are developing an alliance with the Kurd’s and providing them with state of the art military equipment and training. What the Israeli’s receive in return is copious amounts of critical human intelligence regarding all manner of goings-on within western Iran, northern Syria and eastern Turkey. For their part the Iranians, Syrians and Turks are none too pleased with this alliance. Perhaps it is this Israeli-Kurdish military alliance that Jeremiah 51:6 speaks to with respect to Daniel’s 70th Week, for there appears to be a direct correlation between Jeremiah 51 and Revelation 17 and 18.
In the aftermath of the soon-to-be fulfilled prophecies of Isaiah 17, Psalm 83 and Ezekiel 38/39 the global dominant kingdom of the Antichrist shall arise. Since the prophetic word of Revelation came directly from the Father to the Son to John on Patmos, circa 90-95 AD, it most assuredly speaks of future events even to our age, yet given the signs of the times we know the season is upon the world and this future is within the span of this generation. That modern Iraq will fall within the Euro-centric kingdom of “the people of the prince who is to come,” that is out of the two legs standing upon ten toes. This last day’s kingdom of the Antichrist is a revival of the Roman Empire, and the inclusion of modern-day, post Saddam Iraq can be seen in the events that have occurred in the past seven years since 2003 and Operation Iraqi Freedom. Iraq is now completely an integral part of the Western sphere of influence and will play a key role in the coming post-paradigm shift of the current world order.
Posted by Sean Osborne at 6:48 PM 8 comments: