Panels Institute Survey: 64% Percent of All Israel Want the Temple to be Rebuilt 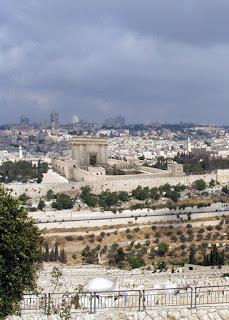 Survey: 64% want Temple rebuilt
Almost two thirds of Israelis, including half of seculars would like to see Temple rebuilt, believe it is important to commemorate Tisha B'Av
31 July 2009: YNet reported in yesterdays edition that a survey conducted by the Panel Institute for Ynet and the Gesher organization reveals that almost two-thirds of all Israel want to see the rebuilding of the Temple on the mount in Jerusalem. Incredibly, the survey also revealed that 47% of secular Israeli's also want the Temple rebuilt. What this survey should reveal to believing Christians is that the Jewish people who will actually do the rebuilding are desirous of beginning the project.
As all prophecy students of the Holy Bible know, there is no doubt, no question whatsoever, that the Temple will be rebuilt. It will happen, al-Aqsa mosque or no al-Aqsa mosque. The prophetic Word of God clearly declares that the Temple will be standing in the 'last days.' Period. Hopefully the commencement of the rebuilding of the Temple will serve a significant "wake up call" for the world's secular and skeptics. This is also a magnificent witnessing tool for all believing Christians.
Pay a visit to the Temple Institute to learn more.
Posted by Sean Osborne at 6:32 AM No comments: