Global SITREP B1-18: Will a Coalition of Nations Halt Iran? 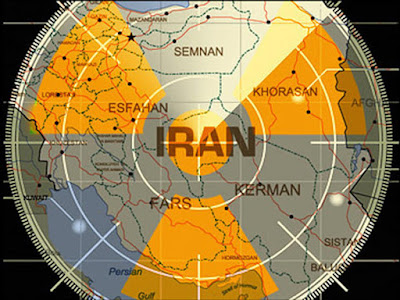 Update 27 March 2018: The Houthi barrage of Iranian ballistic missiles against saudi Arabia of about 48 hours ago will result in a retaliation against Iran in the manner and at the time of the GCC alliance and allies choosing. Consultations among allied nations and their forces have been ongoing as noted previously. 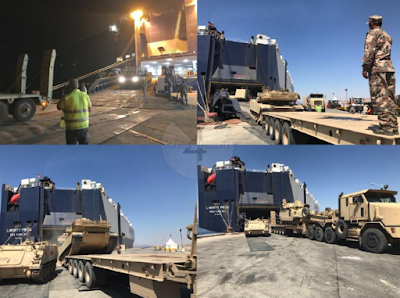 It must also be noted that American armored forces, to include M1A2 Abrams Main Battle Tanks, Bradley M2A3 and various M113 armored vehicles recently off loaded from sealift shipping (the MV Liberty Pride, homeport New York, N.Y.) at Jordan's part Aqaba. Image above. This armored force is moving northwards on HET (Heavy Equipment Transport) through Jordan in preparation for the war game exercise Eager Lion 2018. The US-led exercise includes Jordan as the host nation along with Saudi Arabia, the GCC allies and several NATO allies, and will take place at a training site outside of Amman.

As we all are well aware, Iran is a big part of the problem in Syria, and for that matter, in Lebanon and Yemen as well. In keeping with the long-term series on Iran (at least a half dozen of them within Eschatology Today's archives) and with respect to the original posted in September 2010 we've been on the Jeremiah 49:34-39 prophecy for so long most folks very probably know it by heart now.

So, here we are, back to seeing news reports of what Eschatology Today dubbed in SITREP B7:17 as "The Ezekiel Summit." They're meeting again, this week in fact, to ensure total coordination of all military, political and economic aspects of the anti-Iran plan going forward. It looks like rubber should meet road on what has been billed as "the final chance" for Iran when U.S. President Trump is expected to pull the U.S. out of the Iranian nuclear pact. This is based upon the logical assumption of continued European dithering with respect to Iran, nuclear weapons and ballistic missiles.

So, there is no real surprise that Trump has met privately with the "Sheba and Dedan" coalition partners; it's his way of reinforcing his message to the European partners (UK, France, Germany, EU) that the U.S. perspective is "time's up and game over." The U.S. will execute solo, if ncessary, with our "Sheba and Dedan" allies against Iran. Further updates coming, no doubt, sooner rather than later.

Global SITREP B3-14: The Secret of Al-Kibar 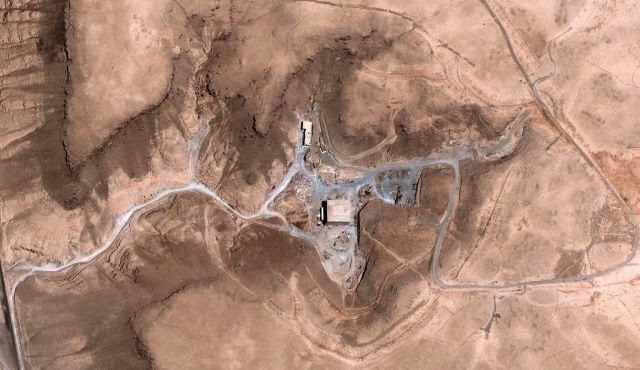 UPDATE 22 March 2018: Since some details for Operation Orchard have been published in Israeli media in the past couple of days, I thought it prudent to  bring this SITREP forward. No edits have been made to the original text below; it's left in its original form because it contains the truth about what occurred at al-Kibar, Syria 10 years and six months ago.

Make note of this passage of time, and how the described Israeli technology is certain to have improved over past last decade. Note also the timing of this release of data. It is a message to the Islamic Republic of Iran, a not-so-veiled warning that they're next to endure what Syria endured as detailed below. Tick tock, tick tock.

12 January 2014: It's still a closely guarded state secret in Israel. The best military minds on the planet think they know the secret, but their thoughts are highly educated best guesses backed by chimera-like electromagnetic evidences that are probably really close to the truth, but not quite close enough to win the proverbial cigar. I believe this is the case because if they actually knew the secret, then faux allies like the Obama Administration would have let that black cat out of the bag by now. So, they don't know enough to leak it out and remain credible, and that is a good thing.

Then there are Israel's worst enemies, the world-class when it comes to the denial of reality, the Iranian twelvers. They believe they've discovered the secret of what happened during the overnight hours of 6/7 September 2007 at the under-construction plutonium reactor at Al-Kibar, Syria. Don't laugh, but the Iranian's actually think Israel used earth-penetrating nuclear artillery. This is due to the fact that the Iranians are in abject denial that the IAF had conducted an utterly stealthy strategic air strike on the site. And there's the rub, what the Iranians abjectly deny will come back to decimate them on their home turf and leave their Hezbollah allies in Lebanon all but defenseless should they be so unwise as to start another war with Israel.

So what is the secret of Al Kibar? What was it that ensured that the discussion of the more recent months was about the removal and destruction of Syrian chemical weapons and not Syrian nuclear weapons? What was it that Israel did not quite have to an operational status in the Hezbollah war in the summer of 2006, but was used to tremendous effect a year later and has kept IAF strike aircraft not only immune, but virtually invisible to enemy early warning electromagnetic detection? Have I just let the cat out of the bag? Maybe, but as a former electronic intelligence (ELINT) gatherer and analyst, I'm probably just surface skimming with what I'm strongly hinting at here. So, let's skim a little more and a little deeper.

Operation Orchard and the déjà vu of history repeating itself.

Let us recall the reports issued seven years ago and consider the pieces of the puzzle to the secret of Al-Kibar that have been put together since then.  Officially, the operation to strike the North Korean-built plutonium reactor at Al-Kibar is known as Operation Orchard. This reactor was a virtual duplicate of the North Korean reactor at Yongbyon. This operation should have a mention or two in former U.S. Secretary of Defense Robert Gates' new book because Israel had provided the U.S. at the highest level with irrefutable intelligence on the reactor in May of 2007 that its Mossad agents had clandestinely collected from the home of a high level Syrian government official in Vienna, Austria. Ultimately, and after vigorous debate, the U.S. bailed out on a unilateral or even a joint military operation with Israel, mostly at the insistence of SECDEF Gates and SECSTATE Condoleezza Rice (the military genius-not who had prematurely brought an end to the 2006 Hezbollah war).

So, Israel was left to go it alone against Syria that was fully armed with missile-borne chemical weapons and in the process of arming it self with missile-borne nuclear weapons. Sound like a familiar situation? Indeed, history appears ready to repeat itself in a near déjà vu. So, in the ovenight hours of 6/7 September 2007 the IAF struck. The thing is nobody, neither friend or foe, saw them coming - or going.  The Syrians and their vaunted Russian-made air defense systems didn't so much as make a peep. NATO stations in nearby Turkey were also just as in the dark as Syria was. The US knew the attack was coming because Israel Prime Minister Ehud Olmert had very forcefully told US President George W. Bush on July 13, 2007 that Israel would execute the strike in Syria alone. (Again, Hello Ayatollah Khamenei, are you paying attention to history, or not?) And not even the United States with all of our high tech and electronic intelligence collecting capabilities had any advance warning of the strike going into execution mode.

When Israel decides to go dark about something, they go a black hole kind of dark. And with Operation Orchard, Israel suddenly and without warning extended that black hole to cover the entire region of the Eastern Mediterranean. The entire Levant, from southern Turkey, all of Lebanon, and all of northern Syria, was consumed in an electromagnetic black hole which turned off power and it turned off ALL of the Syrian air defense grid. And as soon as the mission was complete everything just came back on as if nothing has happened. Perhaps some might recall the reports that radio and television stations suddenly went dark in Beirut as this operation was underway.

This was the was the world's first exposure to Israel's newest and most secret weapon, a chimera-like electromagnetic black hole maker which makes all other electronics in a pre-defined area cease to function except their own. And I believe it has system has been demonstrated on several more occasions over Syria but at a lesser capacity in Syria between January and May of 2013. Most everybody in Lebanon, including Hezbollah, heard the IAF F16-I Sufa's overheard, but nobody saw them electronically and nobody fired so much as a single shot at them in anger. That is such an over whelming battlefield capability and superiority that words fail to adequately define it. What's more we may not have seen this system in whatever full-power mode it may still have in reserve or have been refined to achieve in the nearly seven years that have passed.

Today, in addition to the Iranian denials that Operation Orchard actually took place, even Syria itself has remained silent about it like some puppy that has had its nose rubbed in its own business. Israel has a secret, overwhelming offensive and/or defense weapon system; it's been used to tremendous effect in destroying the Syrian nuclear program, but nobody wants to talk seriously about it or assess it as it deserves to be assessed. Perhaps that's just as well and it is better that Hezbollah, Syria and Iran not know the full extent of what will neuter their military forces when the time comes. I believe Jeremiah 49:34-39 and the other prophecies give us a tantalizing clue as to how this will all go down, but we'll have to see it to believe it.

Addendum: I have decided to include an excerpt from an article that corroborates 100% what I have long suspected about Operation Orchard.

"On Sept. 6, 2007, ten F-15I and F-16 jets attacked a nuclear facility being built in Syria. The success of that mission, dubbed “Operation Orchard“, was largely attributed to effectiveness of the Israeli Electronic Warfare platforms that supported the air strike and made the Syrian radars blind: some sources believe that Operation Orchard saw the baptism of fire of the Suter airborne network system against Syrian radar systems from some ELINT aircraft."

There's more from where this TheAviationist.com excerpt came from: Air strike on Damascus military complex shows Syrian Air Defense can do nothing against Israeli Electronic Warfare.
Read this link, and continue to scroll down to the "New Details..." section and you will come to this pair of statements:


"Some sources say that this attack was the first time the Suter airborne network system was used against Syrian radar systems from one of two ELINT aircraft. A modified version would more than likely be used against Iran if an attack were to take place, along with much more advanced tech. Including malware injected by F-16s, as someone speculates."

Hopefully, this addendum has cleared up a few things for some folks.
Posted by Sean Osborne at 6:00 PM 24 comments: