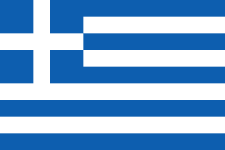 26 September 2012: Given Greece's important role in the prophecies Gabriel imparted to Daniel regarding the rise of both the precursor and ultimate last days Antichrist, watch Greece in the coming days/weeks for the enigmatic rise from obscurity of a pseudo-miracle working leader who will solve that government's (and then Europe's) abysmal financial crisis and imminent bankruptcy.
The Greek crisis has the recently created coalition government completely stumped and has all but paralyzed the economy. Nationwide the transportation and public service sectors are basket cases. There is not a single major Greek city that is unaffected by the ongoing general strike. Given the season and the depth of the current crisis it would seem that conditions are quite favorable for an epic hero to arise. 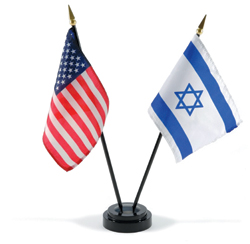 19 September 2012: There is much talk in the media as well as in Christian circles that America is abandoning or has abandoned Israel. Is this a fact? As I see it, no, it is not an established, manifest fact.

I am of the opinion that many of our current political leadership including our elected president have abandoned Israel or have made plans to do so.  However, the real-world fact-of-the-matter is that the resident Bride of Christ and very significant portion of the American people have not abandoned Israel and demand that this nation continue to honor and support the only true ally we have in the Middle East. Yes,  I believe that it is because of the resident Bride of Christ in America indwelt by the Holy Spirit that Israel has not been abandoned and American military equipment and personnel remain stationed inside Israel in her defense. However, I also believe that this Spiritually-empowered dynamic will change when the Harpazo occurs. 2 Thessalonians 2:1-5.


I also believe that we and our nation are a part of the manifest will of God. America, due to our founding as a believing Judeo-Christian nation was born and bred, so to speak, to be here for Israel at this point in history. We were blessed from our founding through revolution against tyranny to become a great nation for this very purpose. It seems to me that God allotted an approximate 170-year span of time for us to become a  superpower, just in time for Israel to rise in a single day per Isaiah's prophecy on 14 May 1948. This occurred for both America and Israel between the utter chaos and destruction of World War II and the Korean War and the wars that have occurred ever since then. It has been about American military support for an unbelieving Israel as she has been involved in the ongoing fulfillment of Asaph's Psalm 83 - a war which since Israel's creation has been about one thing and one thing only, the destruction of the State of Israel by the Arab Muslim countries around her.

There is also some relatively recent history some may be unaware of.  Just 39 years ago, during Yom Kippur 1973, something very much like the prophetic Battle of Gog of Magog of Ezekiel 38/39 might well have occurred were it not for a superpower America holding off by conventional and nuclear means a military invasion of Israel by the Union of Soviet Socialist Republics and her allies.


For all of the year 1972 there was the threat of renewed full-scale war by Israel's Arab neighbors, a renewal of the so-called 'Six Day War' of 5-10 June 1967 which was halted only by Israel's miraculous battlefield victories and the decision not to press on less a world war develop through the threatened intervention of the Soviet Union. Those decisive Israeli victories had resulted in Cairo, Damascus and Amman being virtually defenseless before Israel's American-supplied war machine.


Russia could not abide with the conquering of her Arab allies and a ceasefire was quickly arranged and agreed upon by all parties. But it was only a ceasefire and renewed warfare appeared to be inevitable throughout 1971-72. Egypt's President Anwar Sadat said he was ready to sacrifice one million Egyptian soldiers in renewed war with Israel.  Iraq's President Abdur Rahman Aref and Jordan's King Hussein were allied with Egypt's Sadat and Syrian President Hafez al-Assad, father of the current Syrian president facing Islamist rebellion, who were both committed allies of the Soviet Union. The Soviet Union was a confederacy of communist-ruled nations led by Russia (Magog) that was created and held together only by the massive force of arms.  Yet despite all of this Israel's intelligence analysts believed that the Arab would not risk another war and overwhelming defeat as had occurred just 6 years previously. They would be proven very wrong in that assessment.


Urged on by their Russian allies the military forces of 9 Arab nations supported by 4 non-Arab nations attacked Israel on Yom Kippur, 6 October 1973. Israel's enemies had at their disposal a military force that, on paper, rivaled that of the NATO alliance in Europe. For example, one the first day of the war in the Golan just 180 Israeli tanks held off 1,400 Syrian tanks, a force more than 7 times as powerful as Israel's defenders, and in the Sinai just 436 Israeli soldiers were overwhelmed by 80,000 Egyptian soldiers, or more than 183 Egyptian soldiers for each Israeli soldier to defend against. Israel was in renewed war with its Arab neighbors as well as substantial military forces from Morocco, Algeria, Tunisia, Libya, Sudan, Saudi Arabia, Kuwait, Iraq, and Lebanon. There were even 4 thousand Cuban troops deployed to Syria in the fight against Israel as well as North Korean pilots. All of these forces were supplied and re-supplied via air and sea by the Soviet Union. Yet Israel recovered, and re-supplied by America by the order of President Richard Nixon in the largest military airlift in history, all of its early battlefield losses of the first two days were quickly reversed in such a miraculous way that once again by the third week of October the Arab capital cities of Cairo, Damascus and Amman were left virtually undefended. Anwar Sadat's well-founded fears prompted him to call Soviet leader Leonid Brezhnev for Soviet military intervention.


To this day the world does not believe that God had a hand in Israel's victory. Some Israeli's do not truly believe this or have forgotten about it. Yet one day soon they will see His hand in their defense, Bible prophecy assures us of that future reality.

It was during the evening of 24-25 October 1973, during ongoing UN mediation efforts and in the midst of the Watergate Scandal, that Soviet leader Leonid Brezhnev informed President Nixon in an ultimatum that he was about intervene militarily on the Arab side if the US did not force Israel to unilaterally halt their overwhelmingly successful combat operations. President Nixon was totally indisposed and unable to respond at that time, so Nixon's national Security Advisor "Henry" Kissinger and the White House Chief of Staff, retired general Alexander Haig, took the lead from the indisposed CInC. They responded in Nixon's name to Brezhnev in a conciliatory manner yet raised the American DEFCON to Level 3 (one step from readiness for thermonuclear warfare) and communicated to Sadat that if the Soviets intervened for the Arab side America would intervene on Israel's side.  The Soviets became aware of this American posture and immediately placed 7 airborne divisions on pre-deployment alert and sent 40,00 Soviet marines into the Mediterranean Sea. By morning on 25 October the Soviets realized the American commitment to go to war in defense of Israel as did Anwar Sadat who promptly cancelled his request for Soviet intervention. World War III in the midst of the Cold War was avoided; Brezhnev turned out not to be Gog of Magog and the fulfillment of Ezekiel 38/39 has been left to an irrevocable appointment in the near future.

Yom Kippur occurs this year on 25-26 September, next week as of this writing, the 39th anniversary of what nearly occurred in the last great Arab-Israeli war. This is the date on which Israeli Prime Minister Benjamin Netanyahu has very recently set as the "red line" before which Western military action against the Iranian nuclear program must occur or Israel will be forced to act unilaterally against the same. We shall see in very short order what transpires in the wake of this very deliberate and timely ultimatum.

Given what our current leadership and president hold up as their anti-Israel agenda only time and the enfranchised will of the American electorate are to determine when this nation will pull its protective umbrella away from Israel. In the meantime, the prophetic Psalm 83 War continues along with American beneficence towards the State of Israel. It should also go without saying that the Harpazo could occur at any moment according to the will of God the Father and the current Spiritually-empowered dynamic in this world would change in the twinkling of an eye.

15 September 2012: I have just returned from watching the motion picture documentary "2016: Obama's America" in my local theater. With just 51 days to go until the November 6th American Presidential Election, I come away from this film fully convinced that it is every American citizen's civic duty to also pay the price of admission (I paid $11.00) in order to receive the essential education that this film will provide to you. I believe viewing this film could be the most important thing an American citizen could do in the next 51 days, and the sooner the better. Not withstanding world events that might come to pass between right now and November 6th, this film will make your choice on election day a very simple decision to make, a no-brainer in fact, in order to save this nation from those whose intent it is to destroy it.
Posted by Sean Osborne at 9:07 PM 15 comments: 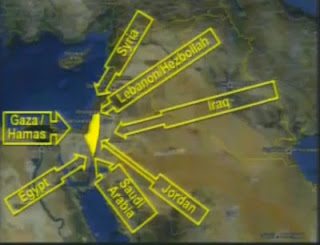 14 September 2012:  There is a passage in Ezekiel 38:10-12 that defines the real-world situation that will exist for a disbelieving Israel just prior to the attempt by "Gog of Magog, the prince of Rosh, Meshech and Tubal" to invade and conquer the land God has given to the descendants of Jacob. In fact, it is this very situation which is the catalyst for Gog's evil plans.

‘Thus says the Lord God: “On that day it shall come to pass that thoughts will arise in your mind, and you will make an evil plan: You will say, ‘I will go up against a land of unwalled villages; I will go to a peaceful people, who dwell safely, all of them dwelling without walls, and having neither bars nor gates’— to take plunder and to take booty, to stretch out your hand against the waste places that are again inhabited, and against a people gathered from the nations, who have acquired livestock and goods, who dwell in the midst of the land."

Many words have been written by Bible eschatologists in identifying the events which will create that situation for Israel. We know those many words as sound exegesis on the Psalm 83 war. But how many of us are aware that the prophet Ezekiel was also given a prophecy by God which confirms the singing prophet Asaph's Divinely inspired psalm? Yes, the Lord told Ezekiel that judgments would come against all those nations who despise the regathered house of Israel living in the land of Israel. Clearly, this judgment against Israel's neighboring adversaries occurs prior to the pre-70th Week prophetic events described in Ezekiel 38/39.

Ezekiel 28:24-26 has the prophetic confirmation of the coming Psalm 83 war.