Israel is a Nuclear Superpower 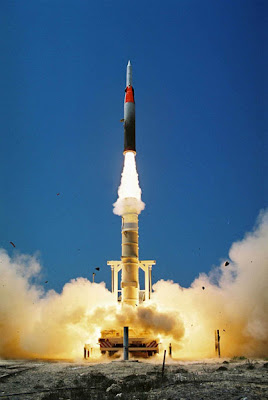 2 November 2011: Succinct and to the point. Israel has apparently tested an upgraded version of its Jericho III missile this morning. The Jericho III, a/k/a the YA-4, is a full-fledged ICBM capable of putting a 1,650 lb nuclear warhead onto a target 4,350 miles away. A slightly smaller warhead or pair of warheads could be delivered via low earth orbit anywhere on the planet. The Jericho III is also road mobile.

Israel is a nuclear superpower.
Posted by Sean Osborne at 11:00 AM 20 comments: