Israel at the Rubicon 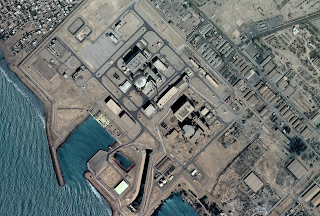 15 August 2010: After years of endless debate, delayed decisions, additional deliberations, bald-faced lies and disinformation, followed by economic sanctions packages piled upon other ineffective economic sanctions packages, coupled with incessant Iranian and Western bellicose rhetoric which would have been considered casus belli in years gone by, the announcement made on Friday by Sergei Novikov, the spokesman for the Russian Federal Atomic Energy Agency (Rosatom), that the fueling of the Iranian Bushehr nuclear plant will commence on Saturday, 21 August has left the State of Israel standing on the southern bank of a literal River Rubicon.

In the absense of a decision by Western governments, the United States of America in particular, to back up its own rhetoric with concrete actions, Israel has been left holding the baggage containing approximately 144 hours of time. At the conclusion of those 144 hours it will have become irreversibly too late for military action to halt Iran and its current apocalyptic regime's nuclear weapons program. This is the conventional wisdom being related by many subject matter experts in the past 36 hours, experts such as former Ambassador John Bolton. Bolton's comments to FoxNews last Friday speak of just such a window of time remaining.

However, there's another window no one is openly considering, a window that may likely already have closed. The name of this window is "Russian nuclear technicians at Bushehr." Those Russian technicians effectively consistute a "human shield" guarding against a pre-emptive Israeli strike on the Bushehr reactor complex. Not to mention the Russian VIPs who will begin arriving on-site at the Bushehr complex for the opening cermonies prior to the end of the 144 hours.

Short of starting a war with Russia, the physical presence of Russian technicians at Bushehr affords Israel no option but to focus its contingency plans against deeply buried Iranian enrichment cascades, weaponization plants and delivery systems as well as the suppression of Iran's military retaliation capabilities. The Iranian response to an Israel air assault also includes thousands of missiles, some of them likely tipped with biological or chemical weapons in Lebanon (Hezbollah) and Syria, as well as an Iranian assault against commerical shipping in the Strait of Hormuz.

Have I just described a recipe for an armgeddon-like scenario to unfold in the Middle East? No doubt about it. This is precisely the type of scenario the leaders of apocalyptic Iran want more than anything. Great chess players those Iranians. So here stands Israel on the southern bank of the River Rubicon with virtually no time left to ponder her next move. Irregardless of the next action taken this world will never be the same, and only the ancient Biblical prophets have told us what lies ahead.
Posted by Sean Osborne at 10:10 AM 49 comments: 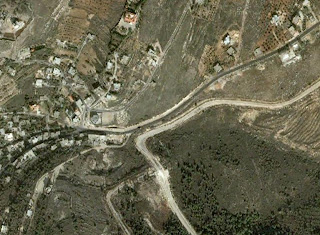 4 August 2010: Approximately three and one-half years ago I wrote a brief report regarding a firefight between troops of the Lebanese Army and Israeli Defense Forces on Februrary 8, 2007. That was a reminder of a similar firefight between the Lebanese Army and the IDF which preceded the surprise war which followed that became known as the Hezbollah-Israel summer war of 2006.
A review of that article might be prudent given the breaking news events of just the past 24-36 hours in the Middle East powder keg. It would appear that once again the Middle East is again on the brink of war – a war which has been repeatedly forecast to occur; a war the enemies of a negotiated settlement appear determined to cause at all costs.
Yesterday another deliberate assault upon IDF soldiers was executed by Lebanese soldiers. In the unprovoked opening skirmish a sniper firing from Lebanese soil shot and killed IDF Reserve Lieutenant Colonel Dov Harari and may have fatally wounded Captain Ezer Lakiya. Israel National News has details on this deliberate Lebanese Army assault. The immediate area of the Lebanese Army sniper assault is seen in the IDF image above. Israel immediately retaliated and the fighting escalated to near open warfare. By no means has this military engagement ended, both sides stand on the brink of full-scale war. The fecklessness of the Western-imposed UNSCR 1701 lies burnt to a crisp, although its remains continue to be propped up like some international scarecrow by malignant global politicians and their toadies.
This morning comes word from many Western and Middle Eastern news organizations of an apparently unsuccessful improvised explosive device (IED) assassination attempt against Iranian President Mahmoud Ahmadi-Nejad as his vehicle and security convoy drove through the streets of Hamadan, Iran. After first denying such an assassination attempt has occured, I hold little doubt that the Ayatollah’s sock-puppet and holocaust-denying president will blame the attempt on “the Zionist entitity” further inflaming the military situation in the Levant and the entire Middle East region.
This past spring a regional war had been forecast to occur late this summer by many observers in the Middle East. It would appear that once again multiple fuses have been lit to preempt direct negotiations between the Palestinian Authority and Israel, and any of which could ignite the forecast war. Our summer vacation has just been cut short.
Posted by Sean Osborne at 7:27 AM 10 comments: