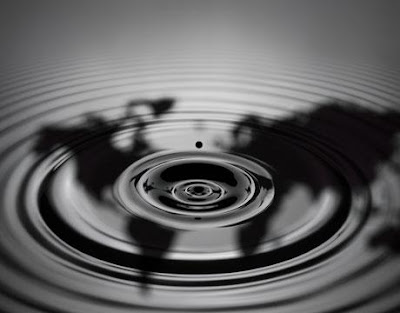 UPDATE 06 July 2011: Here's a link to a video from Professor Terry J. Lovell and the PatriotNetworkAZ that makes the perfect update for this topic: Another "You Lied" moment


18 May 2011: It's time for a quick change of pace from the usual Eschatology Today fare. I've been hearing a lot about crude oil lately as I've become an avid listener of XM radio during my morning daily commute. For the most part what I've been hearing about crude oil is diametrically opposed to what I have ever thought I knew or was taught (read: was conditioned to believe by the media and other people) about oil. Things like "crude oil is a fossil fuel" and "crude oil is a non-renewable resource." I remember as a kid the local Sinclair Oil Corporation gas station had a big green brontosaurus as its logo, meaning that oil and gasoline came from long ago dead dinosaurs. I remember thinking, "Ah ha, so that's why God put them giant lizards on the earth!" Wrong, kiddo. Not enough years for Dino to die and turn into oil found at depths deep beneath the earth's surface where there are no fossils, neither plants or animals. So, long story short, after doing some due diligence research on the subject I am very strongly inclined to say at this point that all that stuff I thought I knew or learned (again, conditioned to believe) is a bunch of capital-H Hooey.

I could prattle on about what what I found in my research, but since this is just a quick break from our usual menu I'm instead going to copy verbatim for your reading enjoyment and potential increase in knowledge the crux of an article written back on 10 August 2004 by a man named Barry Ashby on the IndustrialHeating.Com website, entitled "Federal Triangle: Petroleum—A Renewable Resource?"

"It seems many geologists are being petty, arguing over facts that have yet to yield answers about crude oil. The mid July 04 Hedberg Conference by American Association of Petroleum Geologists again discussed biogenic versus abiotic origins of hydrocarbons, an interesting and very significant industrial issue. At current rates of world consumption (over 26 billion barrels a year) and with 80% coming from fields discovered before 1973, end of supply is always a concern because proven reserves are only 1,213 billion barrels, 75% of which is in 370 fields worldwide. It is projected that production rates will peak in 2037 unless new reserves are found and sharply decline thereafter.


Then along comes Dr. Thomas Gold, professor emeritus at Cornell and an astronomer no less, who says not to worry. Petroleum is a renewable resource made deep in the earth by inorganic processes (abiotic — an idea first proposed by Russian scientist Mikhail Lomonosov in 1757 who called it “rock oil”) and does not come from piles of dead dinosaurs and fermenting leaves (biogenic). The conventional wisdom of petroleum geologists has been offended and most of them are steamed.


Crude oil is a primordial soup but not of biologic origin, says Dr. Gold, forming under great heat and pressure in the deep biosphere and hydrocarbons we now know are common on planetary bodies. The abiotic theory is that methane, the simplest carbon molecule (CH4) we call natural gas, is formed from carbonate rocks and water at depths of 5 to 20 miles, at pressures of 30 to 45 kilobars (441 to 662 ksi), and temperatures approaching 800˚C (1470˚F). Then the methane condenses into heavier hydrocarbons we call petroleum, collecting in subterranean pools. Most geologists agree so far; you can make oil artificially with these conditions. However the abiotic theory as a natural event is different, supported by these facts:

Oil, like the earth and the entire universe for that matter, was Created by God. And as with all things Created by God there have been really grandiose deceptions foisted upon mankind by Lucifer to deceive us into believing things which quite simply are not true. All manner of things, from A to Z, including natural resources. Lucifer even has used generally nice and trustworthy people relay these untruths to us from a very early age. Think of this the next time you fill 'er up and see red because of the price we sheeple are paying these days to feed our commuter vehicles their life's blood. Fuel for thought.