The Prophetic Road to Revelation (Part 1) 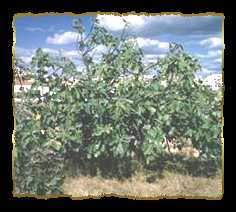 
"Now learn this lesson from the fig tree: As soon as its twigs get tender and its leaves come out, you know that summer is near. Even so, when you see all these things, you know that it is near, right at the door. I tell you the truth; this generation will certainly not pass away until all these things have happened.” Matt. 24:32-34 (NIV)


27 March 2009: The planet earth and all of the approximately 6 billion souls currently living upon it are travelling around the sun at 66,600 miles per hour. Indeed, ever since “yom echad” (day one), orbit by orbit around the sun, the earth has been inexorably moving forward in time. Eons of human history have come and gone. There is no going back. There is only the forward momentum to the future.

The Lord tells us that history does indeed repeat itself. He inspired King Solomon to write for all posterity that “What has been will be again, what has been done will be done again; there is nothing new under the sun.” (Ecclesiastes 1:9). What Solomon says here is that as a mortal man he recognizes that throughout history mankind has never learned from its mistakes; that history will repeat itself because from one generation to the next, that whatever lessons were learned are quickly forgotten, that subsequent generations will repeat the actions and the errors of their forebears. Such is the nature of man. No wonder many pundits today are remarking how similar the current world situation in 2009 is to what occurred just 70 years ago in 1939.

Nearly 2,000 years ago, as seen in the opening quote above, Jesus foretold of a time when Israel would once again live, figuratively describing it as the fig tree. He directed us to “now learn now the lesson” inherent in its rebirth. In the aftermath of the events which occurred in the world war begun in 1939, including yet another in a thousands of years long series of attempts to exterminate the Jews, the fig tree once again was planted back in the land given in Divine Covenant to Abraham, Isaac and Jacob (Israel).


On May 14, 1948 Israel was re-born, against all odds, and speaking the tongue of the ancient Hebrews. This rebirth occurred because it was ordained by God to occur at an appointed time. In continuing fulfillment of the above prophecy by the twigs are tender and the leaves have emerged – summer is near, indeed at the door. All of the additionally given prophetic signs are tangible indicators that the unique generation of which Jesus spoke are alive today.

The sixty-first anniversary of May 14, 1948 will occur eight weeks from now. More important than the number of years which have passed since Israel’s re-birth is the reality that both current and future world events are now themselves in orbit around the “fig tree,” that is, around the “Epicenter” as it is referred to by author Joel Rosenberg, exactly as the ancient Hebrew prophets foretold regarding Israel and Jerusalem, the “burdensome stone.”

What this signifies is that we are well travelled down the road to that era known in the Bible as the “Last Days” prior to the physical return of the Lord Jesus Christ, and the establishment of the Kingdom of God upon this earth. Indeed we have travelled quite some distance down the prophetic road toward the events described by the Father, to the Son to John of Patmos and known to us as The Revelation of Jesus Christ. The final 7 years of this age are detailed in terms of days in the Book of Daniel, and which he prophesied as the final 70th Week (of Years) until fulfillment of the larger prophecy concerning Israel and the end of the Tribulation.

Signs of the End of the Age

The second of the signs Jesus gave signaling the end of this age of mankind was of wars and rumors of wars. There are two, possibly three wars of immense, unfulfilled prophetic significance with respect to Israel, which sound exegesis indicates must occur prior to the onset of Daniel’s 70th week. These wars are large-scale military actions as described in Isaiah 17, Psalm 83 and Ezekiel 38-39. Isaiah 17 and Psalm 83 may actually come to fulfillment concurrently or in sequence to one another. We will only know for sure when these events actually transpire, yet sound exegesis cannot mutually exclude either prophecy from the other as they are certainly inter-related events. It is my exegetical position, in concurrence with eschatological experts, that the massive military assault described in Ezekiel is a subsequent event to those described by Isaiah and the Psalmist Asaph. I believe there are significant real-world events occurring at present which serve as strong indications that the military actions described by Asaph and Isaiah will come to complete fulfillment in the near-term.

It is my belief that the finest and most comprehensive exegetical work to date on these coming wars, and in particular the Psalm 83 war, is the book “ISRALESTINE: The Ancient Blueprints of the Future Middle East” by my friend and brother in Christ, Bill Salus. Since Bill has already completed all of the heavy exegetical lifting with his book, I would suggest that all readers of this article read Isralestine for the Spirit-led specifics and details contained within his book.

One of the items that has come to my attention in recent times is that Arabs and Muslims all over the world, but particularly in the Middle East, are literally being set-up by their religious leaders for what can most adequately be described as a cataclysmic, religion-shattering defeat at the hands of the Israeli Defense Forces, supported once again by YHWH, the God of their fathers, the One true God of Israel.


Seeing how the Arabs today consider the results of the war with Israel between 1947 and 1949 to have been a “nabka” (catastrophe) and since supplemented by crushing Israeli military victories in 1967 and 1973, the defeat that is coming is almost indescribable. Let the reader consider the Islamic religious rhetoric which passed though the lips of Sunni Islamic scholar Sheikh Yousef al-Qaradhawi during a fiery sermon broadcast by Qatari state television on 20 February 2009. Sheikh al-Qaradhawi boldly announced to the entire Islamic world, “The Prophet Muhammad wanted peace that is based on strength. He does not want the peace of the weak, the peace of those who disappoint, the peace of those who surrender – like the peace Israel wants to impose on us and the Palestinians. That is not peace. That is what Allah meant when he said: 'And do not falter and cry for peace when you have the upper hand, for Allah is with you, and will not refrain from [rewarding] you for your actions.”

In the aftermath of the absolute defeat of the combined modern-day, mechanized land armies, air forces, missile forces with their WMD arsenals of nuclear, chemical and biological weapons, as well as a global array of terrorist proxy forces, what does one imagine will be the result among the Muslim faithful to the victory Israel’s YHWH will impose upon “Allah” and those in submission to this false god? Might that not be a faith shattering series of events not unlike what occurred to the worshipers of Ba'al in ancient times? As went Ba'al, so too will go "Allah."


Coming Next in Part II: The Ongoing Arab-Israeli War
Posted by Sean Osborne at 12:24 PM

Been having an interesting time reading through your site. I will have to do it more in-depth when I have a chance!

I agree that the islamists are setting themselves up for disappointment when they meet the God of Israel in the mountains. It is not going to be pretty.

I want to read all of the articles on this...how do I get them please? Can anyone tell me?

Links to all parts of the Prophetic Road to Revelation series are on the Main Page, right-hand column, directly below the PRAY FOR ISRAEL, and above the PRIMARY READING LIST.

I have been reading very old comments you and Don Koening had way back in 2008 regarding Psalm 83 and Ezekiels war with Bill Salus as well.

Has anyone as yet written a timeline of how these events play out over the 7 years. in addition I see Don and Bill see the rapture of the church after the seal judgements. If so we then get to know who the A/C is?? Please will you direct me. Thank you.

I just came across this blog today and like what I'm reading. As Sean hasn't responded, I offer my own feeble attempt at a timeline here. Personally, I believe the Seals transpire between the Rapture and the Tribulation and are "the beginning of sorrows". There must be a transitional time where the "old world order" is destroyed and the "new" one rises from its ashes, as symbolized by the Phoenix in the mythology so valued by the forces of evil; "order out of chaos". Also, while it may be that we're here to see Ps. 83 (which, incidentally, never speaks of a battle but only an intent), something must happen to put Israel at ease, which in my opinion is the defeat of the Ps. 83 nations. Since the result of the Ezk. 38 battle is that Israel returns to God and begins temple sacrifices, I am of the opinion that the church must be gone before that point.

Sorry for the 6-months late reply; it was Paula's comment posted yesterday which alerted me to your comment.

No one has yet published a literal date and year timeline for specific events because that kind of detail is unknown. For example if the date of Damascus' destruction was known it would certainly be published.

Most recently I have come to understand that major events of prophetic nature will occur between now and 2018 - which is Israel's 70th anniversary (1948-2018). That is one normal generation per Psalm 90:10, and a generation of strength goes on for another ten years to 2028.

What I will say and am about to post as an SITREP, is the knowledge that Scripture from God Himself informs us in prophetic text that the Jewish Temple will be constructed and standing on Temple Mount in Jerusalem BEFORE the start of the 70th Week. If that is not a physical sign of the imminence of the 70th Week, then nothing else can be!