Global SITREP A19-13: America at the Crossroads of Destiny 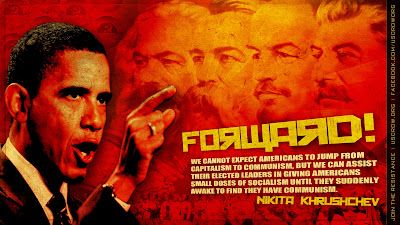 10 August 2013: Great Grany 5 is one of you, the one hundred twenty-two regular Bride of Christ followers of this blog. A Christian, American, Red-White and Blue, a "Don't Tred On Me" Patriot just like all the rest of us, and tens of millions of our fellow countrymen. We are the remaining backbone of our Constitutional Republic. We are a nation born of the borrowed principles and truth found in the 10 Commandments that God Himself handed down to Moses on the Mount. We are a nation which, in the second decade of the twenty-first century, is clearly in great distress. America has arrived at the crossroads of our national destiny, and I do not believe it's any coincidence that we're arrived at this point, in these last days, when the Harpazo of the Bride of Christ seems more imminent than ever.

In her comment to the previous SITREP our Sister-in-Christ GG5 asked, "What is really going on and what is HE trying to cover up with all of this trash?" There is no better introduction to the focus of this Global SITREP than this question; a question most of us have probably asked ourselves.

In the image above is a statement from Nikita Khrushchev, the 1960s leader of the former Soviet Union, the ancient nation many of us believe to be the prophetic land of Magog, Rosh, Meshech and Tubal.  If you can't read the subtext of the image, it says "We cannot expect Americans to jump from capitalism to communism, but we can assist their elected leaders in giving Americans small doses of socialism until they suddenly awake to find they have communism."  This is what all of the Benghazi, domestic spying, IRS and NSA cover-up trash is about! This is what is really going on; this is what America is finally waking up to: America has been betrayed by our highest elected official and a select cadre of similarly-minded Benedict Arnold's, toadies and lackeys. Quisling's, the lot of of them, betrayers of America to the World Socialist Global Oligarchy.

And America is now fully aware of this betrayal. We see it now because these scandals have been instrumental in exposing it. A recent FoxNews poll convinces me that America has finally awoken to this betrayal. And if there's one thing all patriotic Americans take seriously, it is betrayal.

In my prolific daily reading of open source intelligence (OSINT), I came across an article referencing a new book by another American patriot, Diana West. The title of Diana's new truth-telling book:"American Betrayal: The Secret Assault on Our Nation's Character." To quote Diana West, in her JewishWorldReview.com article (please read Diana's article at the link) published just yesterday about this book and the many, many other truth-tellers who've been very busy alarm clocks of late in alerting Americans about this betrayal: (emphasis added)

"These are the men and women who refused to stay silent and thus enable the "betrayal" the book lays out -- engineered by a de facto Communist "occupation" of Washington by American traitors loyal to Stalin and, even more heartbreaking, largely covered up by successive U.S. administrations and elites."

We all know, or at least we all should know by now, that every time something like this kind of mass exposure of the betrayal of America comes up the apologists for these communist betrayers will take to the media and trot out the old "witch hunt" and "McCarthyism."  I, for one, have seen this occur with regularity and more frequently since the election of Barry Soetoro, a/k/a Barack Hussein Obama II, five years ago. That these American communists and their agenda have been exposed is the net result of an overambitious Five Year Plan. The multitude of Obama Regime scandals serve as the most recent prima facie evidence as well as a curtain raiser for the "Communist occupation" of our nation's capital. The fact-of-the-matter is that America's premier long-term existential enemies (Godless Communism and False God Fundamentalist Islam) have become the Obama Regime's key allies. Truth has been turned upon its head and we are fully aware of it.

The World Socialist-Global Oligarchy wolf is no longer dressed in sheep's clothing. In fact, they're not wearing anything; they have been fully exposed by naked truth and you and I and millions of our fellow brethren Bride of Christ know it. We see it daily with our own eyes and we hear it on the evening news with our own ears. And we pray to our Lord and Redeemer Jesus Christ, "Marana'tha, O Lord, Marana'tha!" And let us each preach His Gospel and win one more soul for Him; and may we be eyewitnesses, even if for just a little while longer, of the prophetic future that we know will now come to its precise fulfillment, as it is written:

"For the mystery of lawlessness is already at work; only He who now restrains will do so until He is taken out of the way. And then the lawless one will be revealed, whom the Lord will consume with the breath of His mouth and destroy with the brightness of His coming. The coming of the lawless one is according to the working of Satan, with all power, signs, and lying wonders, and with all unrighteous deception among those who perish, because they did not receive the love of the truth, that they might be saved. And for this reason God will send them strong delusion, that they should believe the lie, that they all may be condemned who did not believe the truth but had pleasure in unrighteousness." 2 Thessalonians 2:7-12 NKJV

I just upload a commentary on my blog. I invite you to visit it ... Title "Can You Stop The Rain For Falling" It is what Christians should be doing as we witness the fall of America...

Excellent work Andre, and congratulations on a very excellent website!