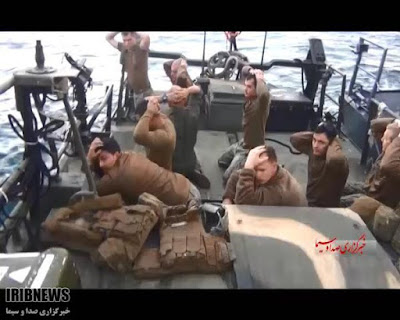 UPDATE 19 January 2016: This link to AmericanThinker.com will provide the reader with former U.S. Navy SEAL Matt Bracken's assessment on what was really going on last week in the middle of the Persian Gulf. This is a MUST read for those week seek the truth not coming from Obama's lap dog media.

17 January 2016: No single image has exposed the abject malfeasance of the Obama Administration and its military rules of engagement (ROE) than the above image of the two crews of the two U.S. Navy combat watercraft surrendering, weapons still cold from not firing a single shot, to Iranian Revolutionary Guard Corps naval forces in the Persian Gulf. This image and others in a series of images released by the Iranian regime has resulted in a tsunami of unprecedented intensity through the entirety of the United States Armed Forces. 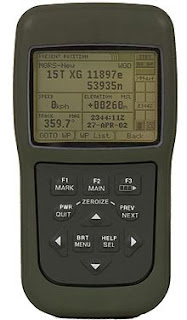 That these US Navy combat vessels did not know their location is belied by the fact that Iran seized as a part of its booty the DAGR GPS (Defense Advanced GPS Receiver) devices which were on board both vessels. An image of the DAGR GPS is above.

These devices, along with their integrated and now fully compromised COMSEC (Communications Security) electronic circuits, were also summarily surrendered to Iran by the Obama Administration. This loss is a high level crime and misdemeanor. Per American federal law (Title 18, US Code sections 641, 793, 798 and 952) it is illegal for any person or organization to be in possession of these devices irregardless of the fact that they are operational or not without the express authorization of the U.S. National Security Agency (NSA). The Iranian Revolutionary Guard Corps now has possession of at least two DAGR GPS devices. And the U.S. Congress has done exactly what about this compromise? 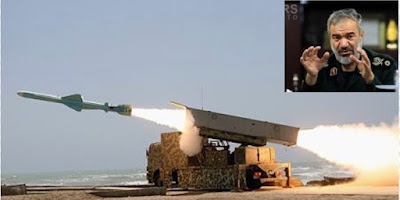 In recent times we have seen the illegal launching of Iranian nuclear-capable missiles and volley missile fire in very close proximity and with virtually no warning as the USS Truman Carrier Strike Group transited the Strait of Hormuz. No reaction of substance from the Obama Administration whatsoever to these overt provocations.

More importantly, The IRGC Naval Commander, Rear Admiral Ali Fadavi (image above) claimed that news of the IRGC seizure of the two small combat craft was reflected in preparations for combat operations that were immediately executed over a forty-minute period by the USS Truman CSG. The Truman's obvious call to battle stations also resulted in Iran targeting the Truman CSG with its shore-based missile batteries and other naval missile firing platforms. War was imminent.

I have no doubt that yet another in a now infamous series of "stand down" orders was issued by the Obama Administration on 13 January to the US naval commanders afloat in the Persian Gulf and other US military commands in the region.

The "stand down" order was issued within three days (16 January) of the JCPOA nuclear deal lifting of sanctions on Iran and the freeing of $100 billion in frozen cash assets. These things could not have occurred had the United States Navy gone to war with the Iranian regime on Wednesday of this past week. As suspected, what is truly sacred to the Obama Administration above all other things is on full display to all who would dare to look with eyes wide open.


How completely revealing of Iran's true intentions, and the internal Iranian political struggle noted on 28 December (see: fourth paragraph of SITREP E10-15) is it that within 72 hours of the lifting of sanctions the Ayatollah-led IRGC would literally go to the brink of war with America, a war they have ostensibly had been working to avoid at all cost by engaging in the nuclear weapons JCPOA negotiations to begin with?

There is a point coming where orders from this White House will no longer be considered lawful and will be disobeyed. This is when the invisible Persian Gulf tsunami will have hit Washington DC.
Posted by Sean Osborne at 10:17 AM

I am so glad you posted on this disgraceful matter. If we recall, our government first issued the BS line that one of the boats had mechanical difficulty and strayed into Iranian waters. (gee..Im not sure why they didnt say it was because of an amateur video). OK..then how come the second boat didnt tie up and tow her out? Once the Iranian hostile forces headed their way, why didnt the US Navy deploy its ready and very capable assets and send the Iranians to an early meeting with their 72 virgins? Next excuse, the Navy was guilty of a navigation error. Wait...The US Navy is guilty of a navigational error? I thought my head was going to blow open. The day the USN can't navigate the waters of the world, we know we are finished as a nation. They should pull that ad that tells us that our enemies have to go through them to get to us then.

Your comment about another stand down order is exactly what I surmised. I also noted that Pelosi and Wasserman-Schultz both were singing the same narrative the day after the release of our sailors and saying "see... if not for that Iran agreement that our perfectly brilliant president knows is best for us, they would not have been released". My red flags started flying.

So, now our nation is among the largest sponsors of world terrorism as it is nothing more than an enabler and funding source for the crazy Twelvers. May God have mercy on us all. I really think the Jer 49 prophesy against Elam is on the very near horizon, I just doubt our nation will have anything to do with it, at least not under this train wreck sympathizer.

I stand waiting for the opposition party to actually take this up and get to the truth. Impeachment needs to take place here. There is no shortage of impeachable offenses committed, just a massive lack of courage to do what is right for our nation.

Yeah, a disabled craft whose 'wingman' of sorts could not tie up to and keep outside of hostile waters, and a a navigational error with at least a pair of DAGR GPS in-hand.

How completely compromised are the GOP in Congress to defer from commencing impeachment proceedings?

On the note of Iran: I've noted that it seems most translations of God's Holy "Logon" translate the prophecy against Elam different. Some say break the "bow". Some say "archers" etc... I've not developed very good skills when it comes to conducting word studies in the OT. I was wondering if you could provide any exegesis on this particular phrase in this prophecy. Or, could you provide any strategies for studying the original language in the OT?

I think this: In the NASB, it says, "the bow of Elam". If I interpret this literally, it would seem that God is breaking the "delivery device of the arrow". Could it be, what I would consider not too far fetched, that God will use someone, perhaps Israel, to destroy the missile delivery capabilities of Iran prior to them actually acquiring Nuclear tip capabilities. Again, my thought on this is that the plain English says "bow of Elam" and makes no mention of the arrow. Do I make sense?

Aside from that, Eschatology Today is literally filled with exegesis on Jeremiah 49:34-39 as well as an always updating of analysis of what is transpiring in real-time (such as this SITREP) on this front.

all you need do is use the embedded blog search box located at the upper LEFT-hand corner of the main page to locate those many posts and SITREPs. If I may suggest - try entering the word "Elam" in the search box. You will be taken to SITREP B5-14: The Lord's Fierce Anger Upon Iran and the original post of nearly 4 years ago: Jeremiah 49: Will A Coalition of Nations Move Against Iran? (Yes, They Will!!).

Back in I believe may of 1991 I was on board the uss lasalle from Kuwait to Bahrain when we had 2 Iranian gun boats pass down both sides of the ship shooting at us with smaller caliber automatic weapons why I don't know. What I do know is we opened fire on them with our 50 cal. Gun mounts which were manned whenever we were underway. Apparently Iran was pissed because we shot up one of their boats and wounded one of their sailors. I will never forget the gunners mate who was on watch describing it how he just walked the tracer rounds right up to the boat as soon as he got the green flag to open fire. Obviously it was at night and I was working out in the well deck in prep to go to dive school when this chief who was running told us to turn down the radio in case we went to general quarters not 10 minutes before we did. It appears that area of the gulf is problematic. Iran I guess considers it to be all their territory. I never looked this up because I was there but I believe my mother had a copy of the ny times and this was on the front page. I'll have to look it up just to check my memory. By the way Sean thank you for the effort you put into this site. I've been following it for a few years now. I appreciate the latest article on salvation. It's not going to be one for itching ears.

Ahhh, the "Great White Ghost of the Arabian Coast." A decade earlier (1981) I was scheduled to report for ELINT duty onboard the Lasalle to provide the onboard Stars with situational awareness, but at the last second was deployed to FOSIF Rota instead to execute the same mission.

So, to you I must say, belatedly, "Welcome Aboard."

And the 'itching ears' of 2 Timothy 4:3 is a prophecy and it is most certainly being literally fulfilled as we speak:

“The time will come when men will not put up with sound doctrine. Instead, to suit their own desires, they will gather around them a great number of teachers to say what their itching ears want to hear”

Thanks for the welcome aboard. I officially went ashore in 1998 and the great white ghost of the Arabian coast she was. First ship at 19 kind of a big jump from growing up in jersey. Rota doesn't sound like a bad place from the intel I got. My wife always wanted to go there but my career ended once the children came into play. However I just want to say thank you brother, for all of your efforts with this site and as iron sharpens iron one man sharpens another. God bless you brother